German Machinery and Plant Manufacturing Association (VDMA): Continued support for combined heat and power in industry. Equipment suppliers take a stance at the HANNOVER INDUSTRIAL FAIR against a “watered-down” goal for CHP expansion

With its focus on distributed energy supply, the “Energy” showcase within the HANNOVER INDUSTRIAL FAIR offered a comprehensive overview of innovative solutions in combined heat and power (CHP), trigeneration (combined cooling, heat and power, CCHP) as well as additional energy services, from direct marketing to contracting. A group of 44 suppliers of energy services alone, whose core business is to leverage potential energy savings in industry, trade and commerce, along with municipal institutions, provided at their group stand in-depth insights into new technologies and ideas and solutions for the energy markets of the future, as well as for distributed power supply as an efficient flexibility option for the new energy market design. This market design and the potential benefits of combined heat and power are discussed in a series of forums with representatives from business, research and policymaking.

Combined heat and power – efficiency in industry at risk

The sector takes a very critical view towards the approaches published in a paper by the German Federal Ministry for Economic Affairs and Energy (BMWi) on the Amendment to the CHP Act in March, where the German federal government is departing from its goal of 25 percent of power generated through cogeneration by the year 2020. “A dangerous signal that would shake the foundations of trust in a rigorous policy and create uncertainty among investors,” warns Thoralf Lemke, Head of Marketing at CHP manufacturer Caterpillar Energy Solutions from Mannheim. “The paper clearly ignores the topic of efficiency and climate protection in the heat market. After all, CHP is primarily a technology that can bridge the power and heat market and boost energy efficiency, and therefore had been seen as a legitimate area worth expanding within the scope of the energy turnaround.” Matthias Zelinger adds that it is the machinery and plant manufacturers and the users of these plants who would be particularly affected: “CHP ought to be further subsidized in energy intensive industry, as well as in public utilities. Now, of all places, there is a call for cutbacks for medium-sized companies. This is particularly critical, as the promised clarification of the question concerning future fees on own power generation would be left unanswered. “This makes a shambles out of feasibility studies. That is why we need to maintain the bonus for industrial own power generation. At least until it has been resolved at the EU level how the EEG surcharge is to be handled for these plants after 2016!” As promised by the German Federal Ministry of Economics during the last EEG (Renewable Energy Sources Act) amendment, the financial strain due to the EEG surcharge on own power production must be taken into consideration when adjusting the CHP bonus.

Combined heat and power as a bridge from the power market to the heat market should be further expanded. It would be wrong to stifle own production in medium-sized industry, advocated the German Machinery and Plant Manufacturing Association (VDMA Power Systems) at the HANNOVER INDUSTRIAL FAIR. “The Federal Minister of Economics is called upon to expand combined heat and power with a goal-oriented policy. With the most recent proposals by the Ministry of Economics, CHP is put at risk in the key area of industrial use,” said Lemke during the press conference of VDMA Power Systems in Hannover on April 13.

There exists a lack of understanding for the fact that while there are plans to continue subsidizing combined heat and power in energy-intensive industry as well as in public power utilities, medium-sized companies are being left by the wayside. Based on the proposed measures for the amendment of the CHP Act, the payback times would increase from the current two to three years up to four or five years. CHP is competing with the companies’ other investments, which means that there are concerns that this area could come to a standstill. What’s more, the German Federal Ministry of Economics provided assurances during the last EEG amendment to compensate the burden by the EEG surcharge for own power production through appropriate adjustment of the CHP bonus.

The association expressly welcomes switching over the renewable energy subsidy to tenders. “In 2015, we are facing vital decisions towards creating the right incentives,” says Matthias Zelinger. He added that under no circumstances should a gap be allowed to form in the transition between the subsidy methods, as investments required planning reliability. Otherwise combined heat and power (CHP) could risk falling into decline: “The potential of CHP technology towards lowering CO2 emissions is being neglected,” laments Thoralf Lemke, Head of Marketing at Caterpillar Energy Solutions.

The association cites substantial CO2 savings through CHP: a total of 56 million tons in 2013. They see CHP as a bridge between the power and heat market. There is no fundamental opposition to Minister Sigmar Gabriel’s objective to subject old, inefficient power plants to a surcharge, but this should be done in a “clean regulatory” manner, emphasized Zelinger. He admitted, however: “When these old power plants disappear from the market, it will have a positive effect on the entire system.” As then highly-efficient, state-of-the-art plants would be able to produce more power, and investments in such plants would again become more profitable. 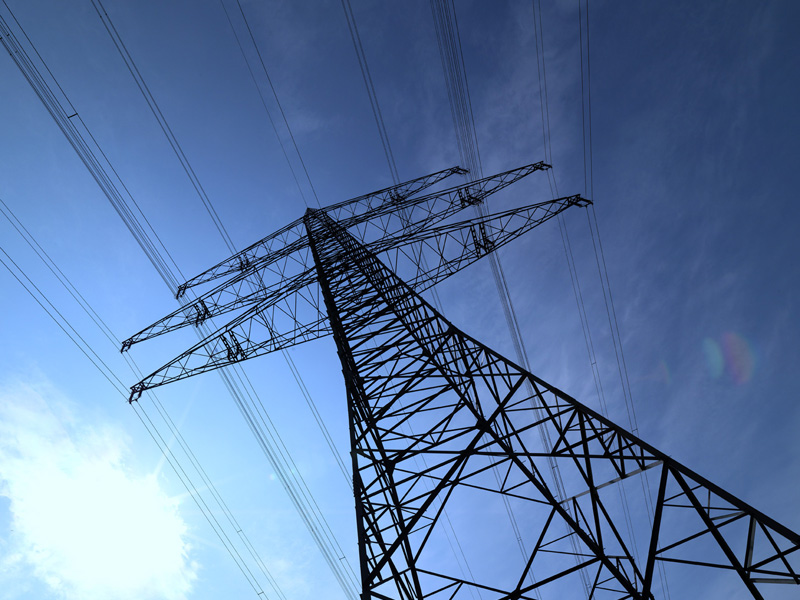 B.KWK presents a quality label for power from cogeneration

At the HANNOVER INDUSTRIAL FAIR, the German CHP Association (B.KWK) for the first time presented the new quality label for electricity derived from combined heat and power plants (CHP systems). As an independent brand, cogeneration power is intended to become identifiable for customers, and to serve as a unique selling proposition for power producers. The association issues the certificate, thus providing the consumer the assurance that the certified cogeneration power in fact originates from highly-efficient combined heat and power systems. While green electricity is derived from renewable sources, it has not been possible up to now to identify electrical energy from cogeneration systems in the market. Although CHP power is especially eco-friendly, it has thus far found its way to the end customer together with electricity from nuclear plants and traditional power plants as so-called “gray electricity”. In order to derive the maximum benefit from the advantages offered to producers, consumers and the environment by power generated from cogeneration, branding this type of power is a logical step. Consumers can now take a conscious decision for cogeneration power and make their own personal contribution towards more climate protection. Power producers also benefit from the fostering of greater public awareness for combined heat and power.

The subsidy of flexibly-deployed CHPs helps prevent systematic power surpluses that are inefficient for the economy, and represents a cost-effective element in the future power market. With virtual power plants, cogeneration systems of all size classes can have a positive and system-stabilizing impact, independent of whether they are operated in public grids or deployed for industrial use. Berthold Müller-Urlaub, President of the B.KWK, lists the association’s six key demands for the 2015 CHP Act amendment: