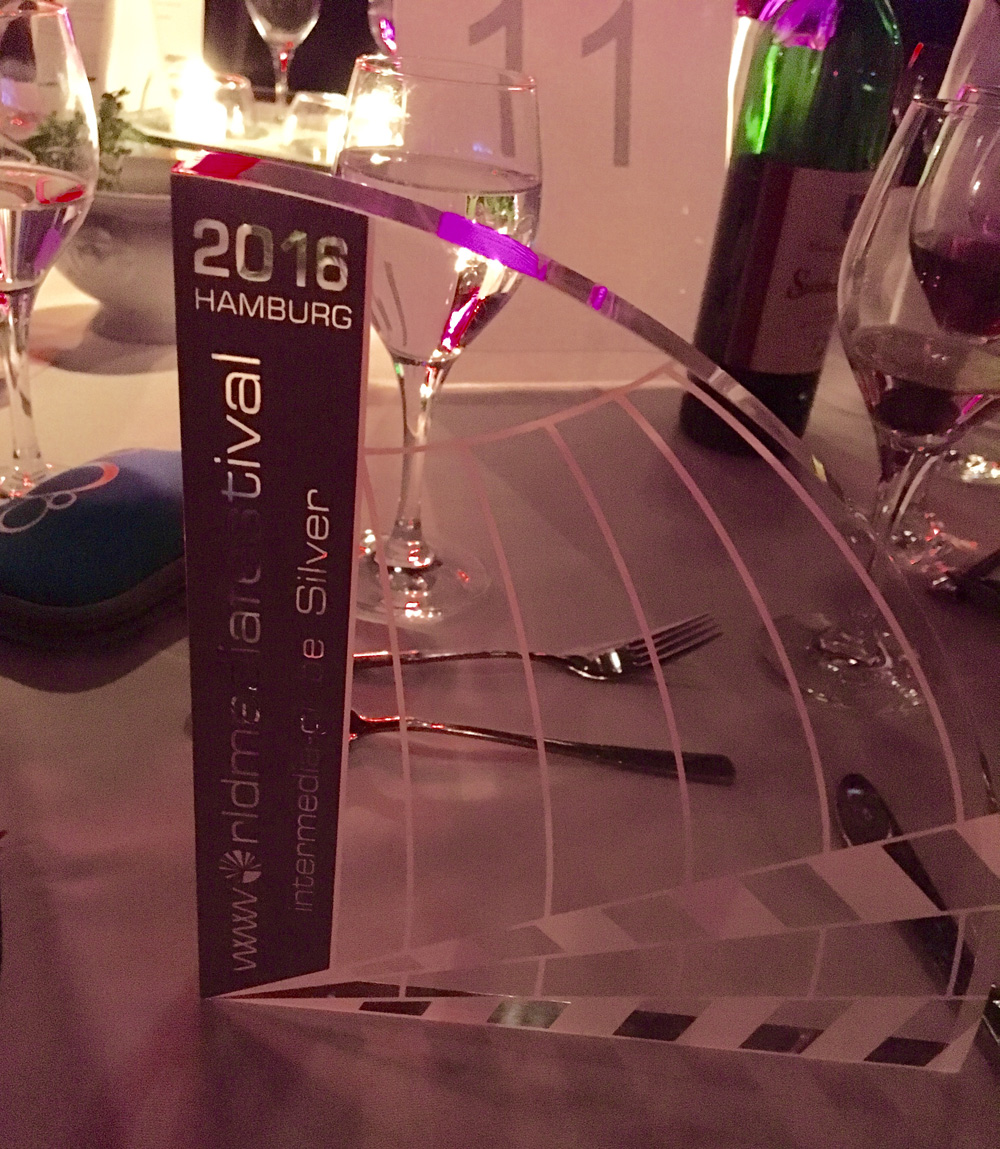 The World Media Award 2016 in Silver

At the award ceremony on May 11, 2016 in Hamburg, Germany's media metropolis, the film project "Cat Power Plant: Myanmar" received the Silver Award. In early February 2015, a four-man film team headed by Frank Fuhrmann, Manager PR & Online Marketing at Caterpillar Energy Solutions, had traveled from Mannheim to Myanmar to the site of the gas power plant in order to produce a reference film about the Cat project.

During the shooting, the film team posted daily reports about the mysterious country, about its people, and of course about the film project directly from Myanmar via a Facebook channel specifically set up for this purpose. In this way, the countless impressions of the team members have meanwhile been shared with more than 700 followers around the globe in the form of comments, photographs, and videos on Facebook. Even the film premiere was broadcast live via the social media platform. The film project and the social media are part of the comprehensive online strategy of Caterpillar Energy Solutions with its MWM and Cat brands.

The film about Myanmar was realized in close cooperation with the production partner Motionplan from Mannheim, Germany. This company, which is specialized in events and corporate films, had already rolled out other projects for the same customer, such as the documentary "60 MW around the world" (World Media Award 2010 Silver) and the product film "Cat Modular Power Plant" (World Media Award 2015 Gold), which demonstrates the setup and installation of a CAT power plant element as part of a modular power plant.

World Media Festival Award: One of the Most Renowned Corporate Film Awards 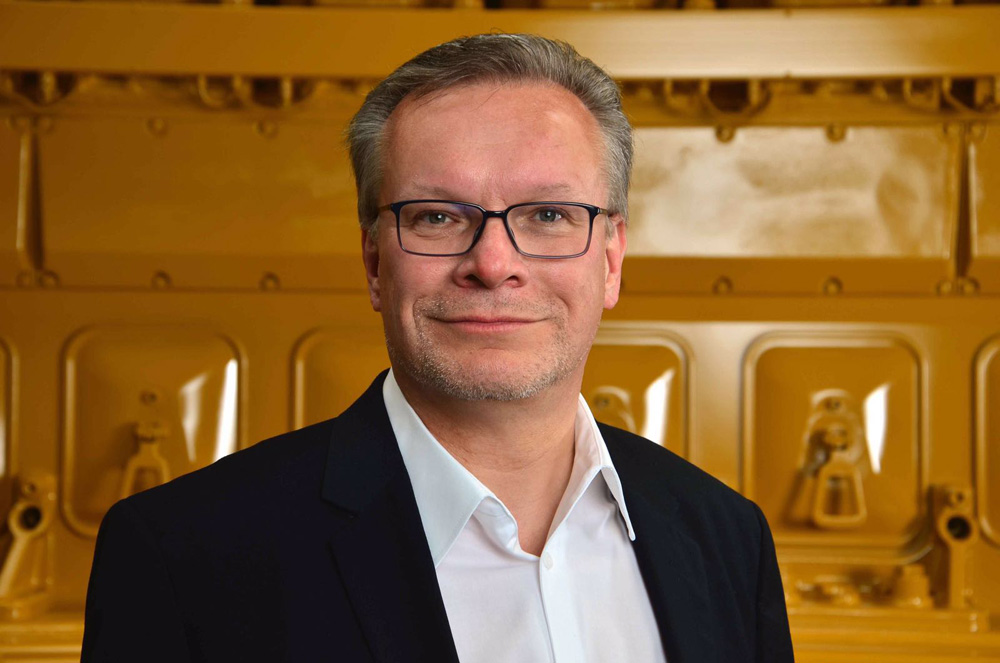 The World Media Festival Award is conferred upon outstanding solutions in the field of corporate film, TV, web, web TV, and print productions at the international level and is considered one of the world's most important awards.

The award bearers are among the best of their industry. "We feel honored, and we are proud to receive this coveted award in recognition of our film project", says Frank Fuhrmann, producer and PR manager of Caterpillar Energy Solutions.

Established in 2000, this forum for leading communication professionals is one of the most important industry events around the globe and the only of its kind in Europe.

The festival jury, which is made up of experienced film and video specialists from the world over, was especially impressed by the successful mix of local emotional appeal and technically oriented shots of the power plant. Through this imagery, the message of the film can effectively be communicated to the target audience. Marcus Seip, the owner of Motionplan, and his team have already developed several award-winning concepts. "Our work has been successful. The idea, concept, and production have again proved feasible, and the emotional link of business and creativity has achieved the defined objectives."

About the Gas Power Plant in Yangon, Myanmar

Since early 2014, a gas power plant installed by Caterpillar Energy Solutions has supplied the vicinity of Yangon, Myanmar's industrial center, with electricity. The Cat combined heat and power (CHP) plant makes an important contribution to reliable energy supply. Together, the 13 CG260 gensets generate a minimum output of 50 MW at a load level of 80 percent. In this way, power outages – which are not unusual in Myanmar – can be avoided. The local Cat dealer MSP Cat takes care of the maintenance and administration of the power plant. Moreover, a 30-year operating agreement has been concluded with the investor UPP Power (Myanmar) Ltd.

The exciting film project was completed in summer 2015, and the video was uploaded to the Cat YouTube channel as a reference:

The Facebook channel "Power Tour Myanmar" was supervised by the Frankfurt-based agency BRAND CONTRAST. You can find the Facebook page with the story behind the film at www.facebook.com/PowerTourMyanmar. 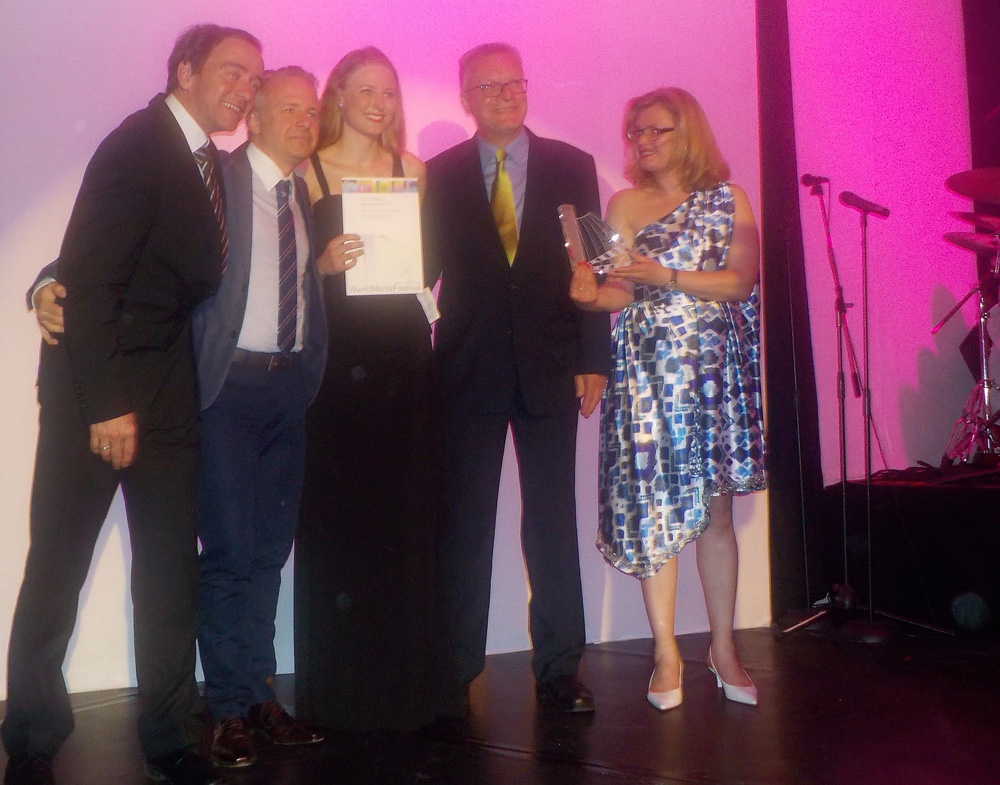 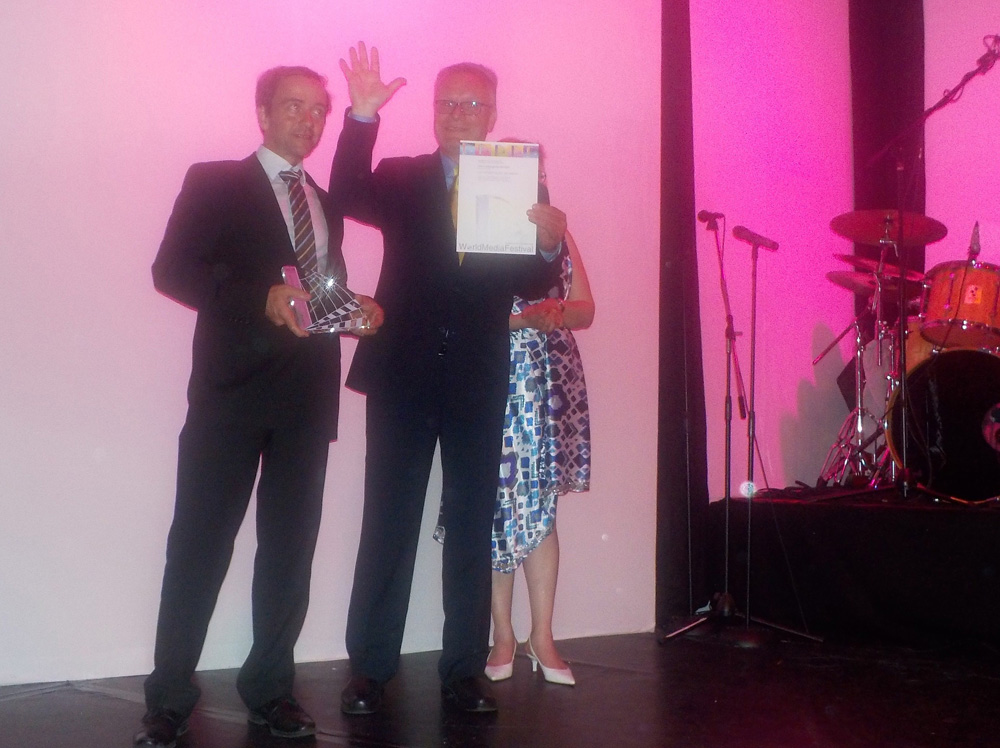 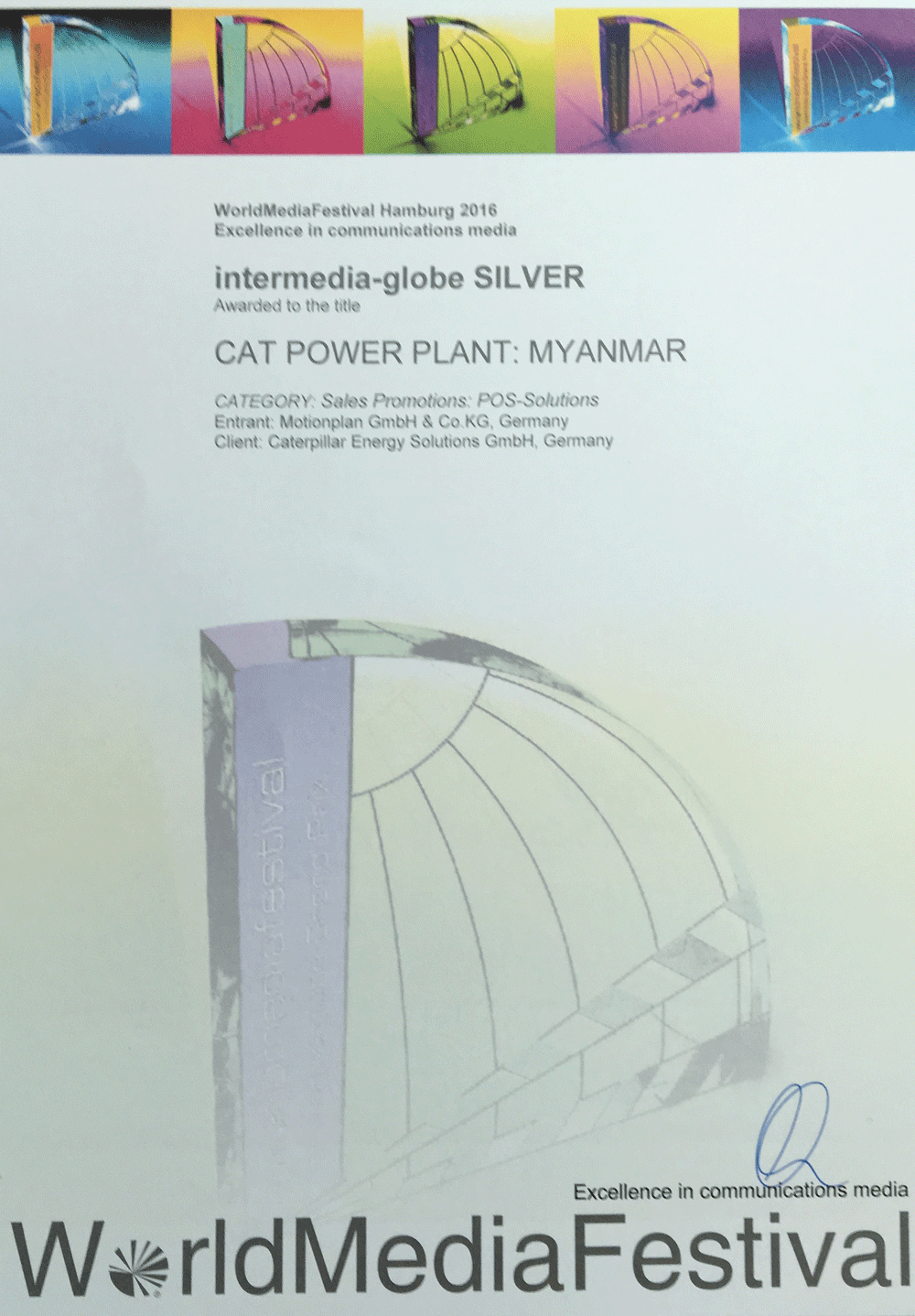 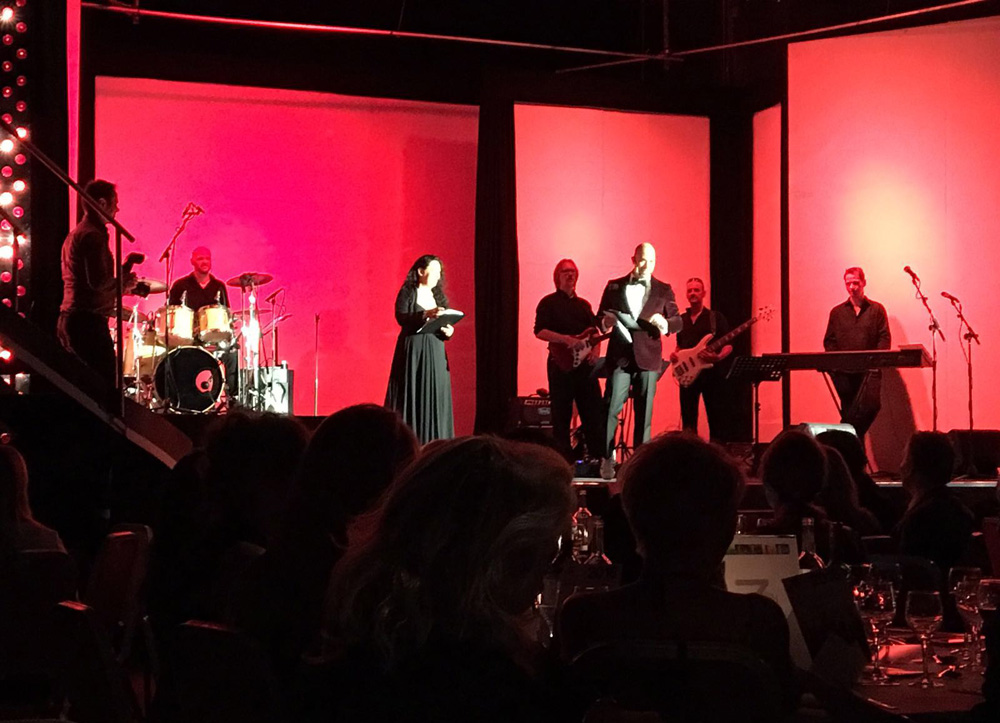 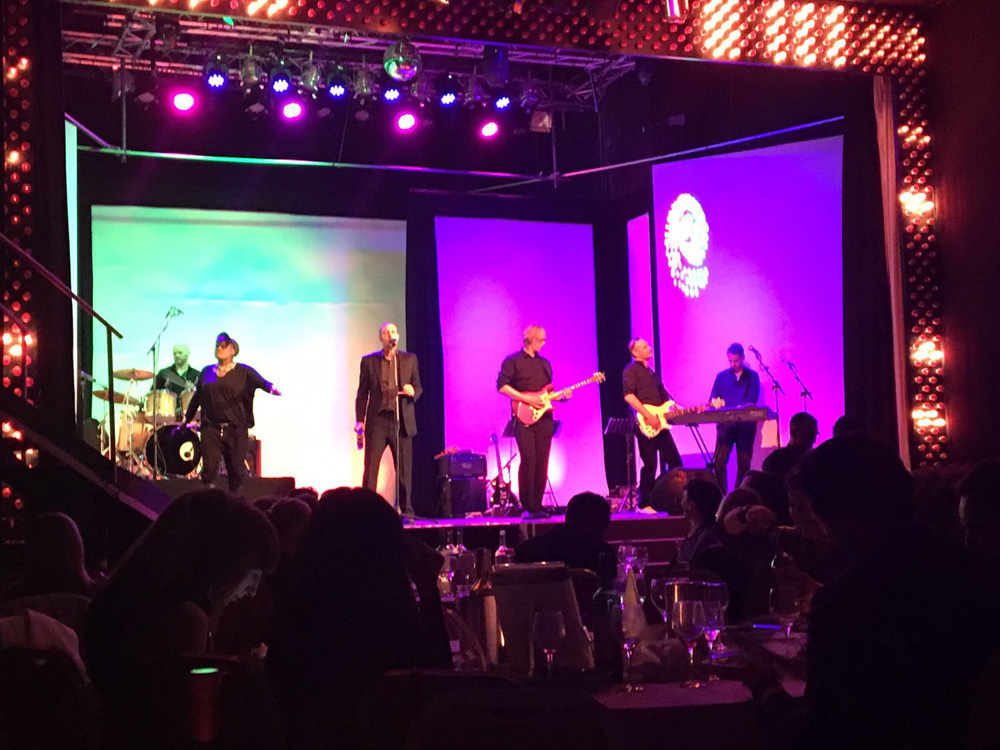